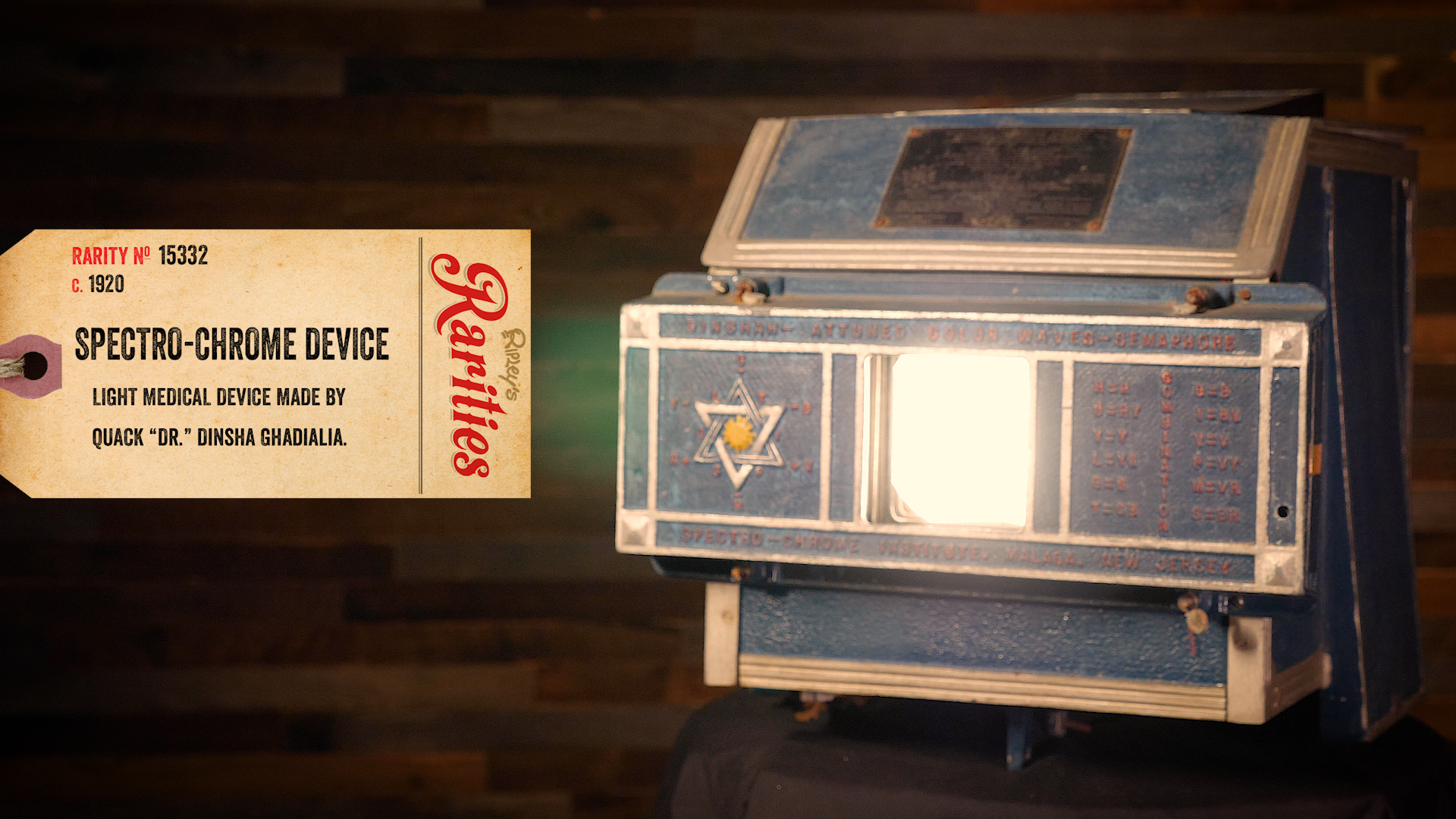 While light may be beneficial in helping your body produce vitamin D, the healing properties of luminance were once promised to cure cancer, diabetes, and even gangrene.

Dinshah Ghadiali—honorary M.D., M.E., D.C., Ph.D., L.L.D., D. O.P.T., N.D., L.M.N.O.P.—invented the Spectro-Chrome Metry machine. As the chairman of the self-created Electro-Medical Hall, he certified that the device unlocked the medical secrets of using light to cure all sorts of diseases and afflictions. 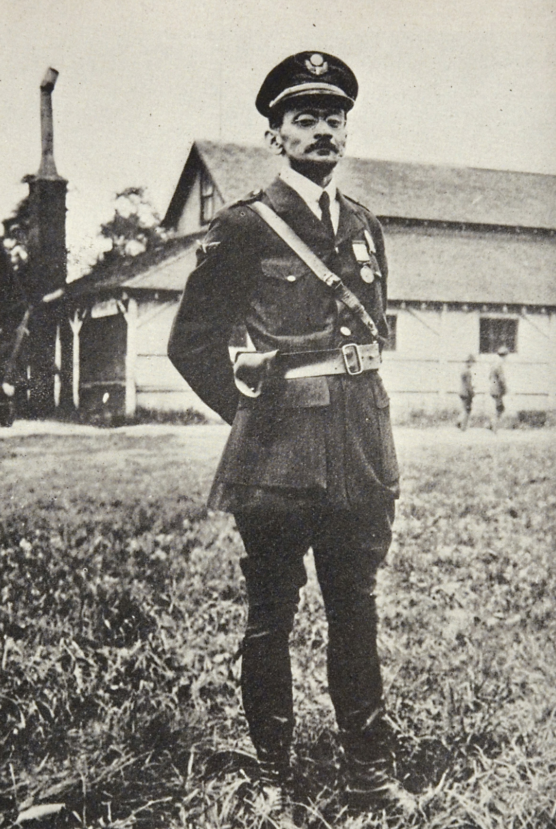 Ghadiali was born in Bombay, India, in 1873. He served as an assistant to the Professor of Mathematics and Science at the nearby Wilson College. He reached a turning point in his medical career when he treated a friend’s niece. The story goes that traditional music had failed her, but Ghadiali had an alternative treatment in mind. He filtered the light of a kerosene lantern through indigo-colored glass, shining it on her. He also put milk in a blue bottle and let it sit in the sun, absorbing light. Allegedly, she was back on her feet in just three days.

This medical success put Ghadiali on a path to discover the “secrets” of chromopathy—healing with light.

By 1920, Ghadiali was ready to show his invention to the world. He began marketing his Spectro-Chrome box in New York. Establishing the Electro-Medical Hall, he trained an estimated 800 health professionals to use colored light to treat peoples’ medical conditions. 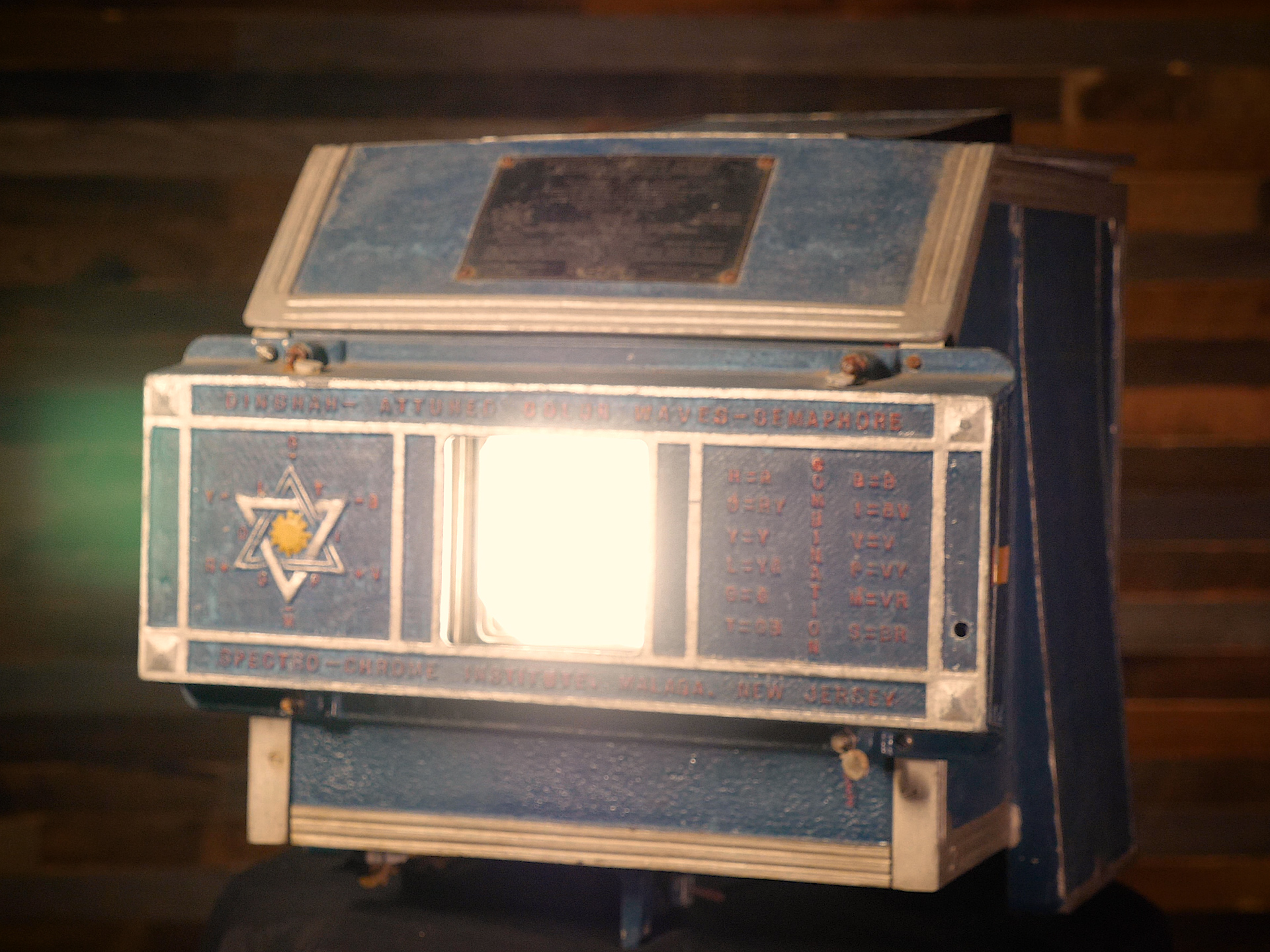 The box itself is made of aluminum and houses a 1,000-watt lightbulb. A timer on the side is turned as instructed per Ghadiali’s prescription and then colored glass, referred to as an “Attuned Color Wave Slide,” is slid into place, making the light the color of your doctor’s choosing.

While a normal doctor might prescribe an insulin regiment to someone with diabetes, the Electro-Medical Hall said there was no need. Simply treat yourself with yellow light. If a wound became infected, green light was said to keep the gangrene away. 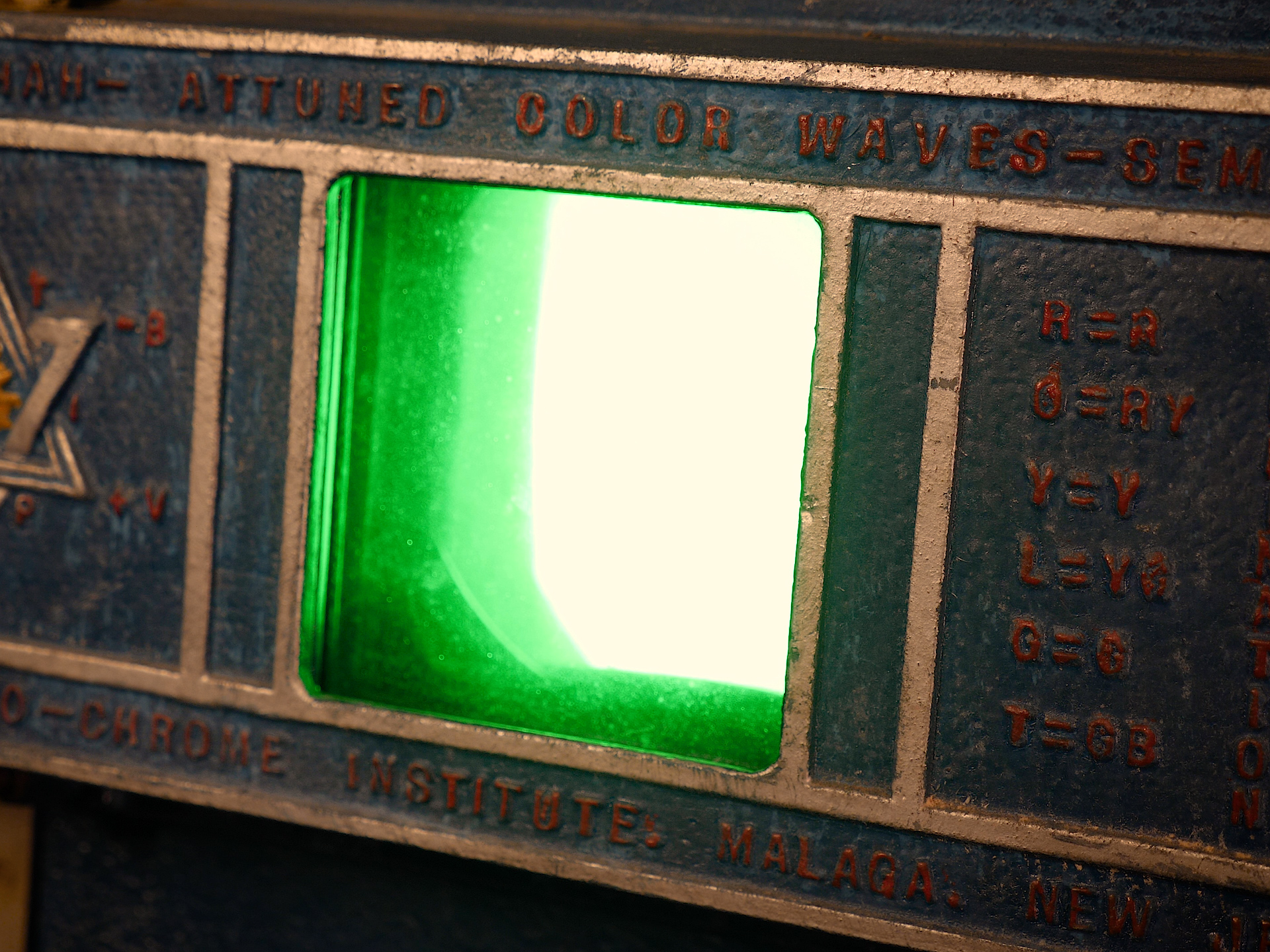 Legitimate doctors immediately took issue with Ghadiali’s teachings. He arrived on the scene when governments all over the world were dealing with an onslaught of medical gadgets and gizmos. Many of these devices weren’t for medical use at all, and others had no basis in scientific fact.

In 1924, the Journal for the American Medical Association dedicated an entire article to debunking Spectro-Chrome Metry. While many readers thought they were wasting their time debunking such a preposterous idea in the first place, medical doctors of the time had legitimate concerns. Ghadiali’s device was keeping people with serious medical issues from seeking help. Leaving tuberculosis, ovaritis, and syphilis untreated could spell long-term disaster for patients.

The head of the Electro-Medical Hall would go on to make over a million dollars on his devices, but not before many more brushes with the law. Oregon newspapers report he was arrested for engaging in a pistol battle in 1925. He was found in violation of the Mann Act—transporting a 19-year-old girl across state lines for “immoral purposes.” Given five years in prison, his sentence was commuted by President Herbert Hoover for helping prison services during a disease outbreak. He promptly returned to selling Spectro-Chrome Metry machines.

Ghadiali was later indicted in 1931 for defrauding customers and falsely representing the healing powers of Spectro-Chrome Metry. Though it seemed like an easy case at first for prosecutors, the doctor of light was able to produce three sterling medical witnesses that soon convinced the jury that light medicine had worked for them. He received a “not guilty” verdict.

It would take another 17 years before the FDA forced Ghadiali to dissociate himself from medicine.